I had the pleasure of being a guest of Maria Koufopoulou at her weekly TV program “Tekmiria Ellinismou” on Wednesday the 24th of February 2016. The show airs on the second station of the Greek Public Broadcaster, ERT2.
After the screening of my film we had a lovely an lively discussion on the idea of death and ethnographic films in general, with friend and colleague Visual Anthropologist Chistos Varvantakis. 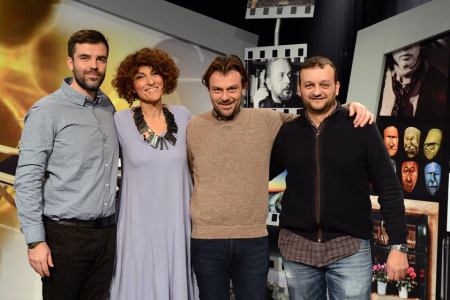